The WLRI transformed alumnus Charles Tjelle’s perspective on the importance of including women in solar project design.

Before Charles Tjelle joined the first cohort of the Women’s Land Rights Institute, he hadn’t even considered whether or not women were being considered as the government developed new green technology programs. 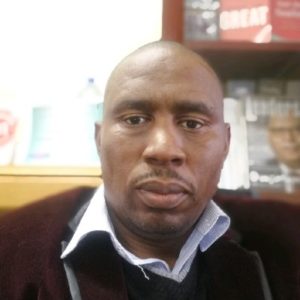 “I am taking part in a solar energy development project,” Tjelle shared with us. “Before I attended the course, I didn’t have the view that we have to take women’s rights into account when we’re designing program management. After taking the course, I realized that some of what we had put into place actually breached existing law, and I was able to effectively advocate on behalf of women.”

The solar project involves purchasing land in specific areas, which will then have solar panels installed and used to generate electricity for many of Lesotho’s small and rural communities.

In the early stages of the project, the common practice was to tell landowners that they should nominate a single individual to be on the compensatory account. “In all of the agreements made, I expect that only men were receiving benefits because when we choose in our culture, when we say somebody is going to represent us, mostly it’s a man,” Tjelle explained. “Some of these women are suffering because of that.”

Lesotho’s current laws require that both of the spouse’s names are included on any community property. This disconnect between what is legally prescribed and how it’s practiced in the community is common in many different regions. Education is key to reconciling these differences.

“We had some debate with a representative from the Ministry of Energy because they were trying to make a legal argument that we cannot put the names of women because when they get married, they leave their properties and communities,” Tjelle shared. “I ended up actually convincing them that they were mistaken, and that even those women who are married are on the contract so they are included on the account.”

Tjelle has seen first-hand the adverse impact that excluding women from this process has had on the community. “There was one man who received about $400,000 (Lesotho loti),” he remembered. “He actually transferred the money into another account and disappeared. The family now is suffering.”

Including women as equitable beneficiaries of this solar program is particularly important because many of them are giving up land that they may have formerly used for subsistence farming. The compensation provided by the project is meant to help offset this loss of support.

Through his training with the Women’s Land Rights Institute, Charles Tjelle is now empowered to advocate for women in a whole new way, and he plans to pursue his LLM in the future, with a special focus on women’s land rights and gender.

For the past 25 years, Kat has leveraged innovative storytelling to guide small businesses, startups, and non-profits in building relationships with their communities. As Resource Equity's Communications Manager, she focuses on sharing how our work to empower women through secure land and resource rights creates meaningful, systems-level change in the world.